“The Next Black”: after five years, a film still relevant.

Recently, Cikis team came across the documentary “The Next Black- A film about the Future of Clothing”, made by AEG. From California to Bangkok, from Nuremberg to London: the 2014 documentary led to the discovery of the most interesting innovations in the field of clothing.

In a world where technological progress and environmental sustainability often travel in opposite directions, the documentary illustrated how innovation and clothing can create a happy and sustainable union.

Six years have passed, yet some innovations are still relevant and tell us about sustainable solutions to some of the most critical phases in the life of a garment: the production of fabrics, dyeing, purchase, use.

The production of fabrics. Suzanne Lee (BioCouture): how to “cultivate” a dress.

In the third chapter of the documentary (“Brewing sustainable living”), Suzanne Lee, British fashion designer, tells how her project was born: she was writing a book on the future of fashion, when a biologist talked to her about the possibility of creating a dress by making ferment microorganisms. From that meeting a collaboration was born that led to the birth of BioCouture. The company was included by “Time” in the ranking of the best 50 inventions of 2010.

But what is the process that leads to the creation of these sustainable clothing? “It is an incredibly simple process, which requires the use of green tea, sugar, bacteria and yeast”. The fermentation of microorganisms leads to the result of what Suzanne calls “vegetable skin”, a 100% compostable fabric. Because it is still relevant: because it anticipates the innovations on innovative fabrics that are making their way onto the market today, and for the simple production system that makes the fabric compostable.

Every year the water-dyeing process of our fabrics discharges an amount of polluted water equal to half the Mediterranean Sea into our rivers. “I was visiting a Japanese factory, in an area where watermelons were grown,” says Sophie Mather (“Yeh Group”) in the documentary. “I came across the river that was irrigating those fields. The textile factories around that area were polluting it “. This episode led her to work with the “Yeh Group”, a Bangkok-based company pioneering the revolutionary “DryDye” technology. The company uses liquid carbon dioxide to dye fabrics, without using a single drop of water. This process also uses 50% less energy and 50% less chemicals than the traditional method.

Why it’s still relevant: Because this technology is currently being used by companies like DyeCoo, who have served large companies like Adidas. Limitations still remain, such as the fact that the method is currently only used for synthetic fabrics. It is also important to remember that not only the dyeing process but also the dye itself must be low-impact.

The purchase. An antidote to “fast fashion”: the “Patagonia” model

In the last hundred years, the clothing industry has changed profoundly. In fact, we have moved from the traditional made-to-order model to the mass production model: design is taken care of in one country, production takes place in yet another and the clothes are then sold all over the world. This change, known as “fast fashion”, has completely revolutionized the clothing industry. In the first decade of the 21st century, our textile consumption grew by 47%. However, this significant increase has sensationally negative effects from the point of view of environmental pollution.

Rick Ridgeway is the head of the initiatives dedicated to the environment of “Patagonia”, a US clothing company. On the occasion of “Black Friday” in 2011, Rick and his team bought a page from the “New York Times” to publish their advertisement: next to a photo of a Patagonia jacket, the slogan read: “Don’t buy this jacket “. The reason for this apparently counterintuitive marketing campaign is soon said: the goal is to empower the consumer. The real message is: buy the jacket, but only if you really need it. An invitation to buy less, favoring higher quality and more durable products.

Because it is still relevant: because even today a high percentage of the items in our wardrobes are not used. According to a study carried out by the Movinga company on 18,000 families in 20 countries, in our wardrobes we have at least 50% of the garments that have not been used in the last 12 months. What is even more interesting is that the perceived percentage is often lower than the real one: in Italy the interviewees thought they had not used 28% of the garments, but counting the unused garments the real percentage was 81%.

Use. How customers can make their contribution

The clothing sector is among the most polluting in the world. It is therefore certainly right to emphasize the responsibilities of textile companies. However, it is equally important to remember the contribution that consumers can make to improve the situation. We can learn how to better preserve our garments. To repair them if they get damaged. The partnership between Patagonia and “Ifixit” was born precisely for this purpose. But what is “Ifixit“? “We are a small company. Through our site, we teach people to repair their belongings,” says CEO Kyle Wiens. “Our goal is to teach people to repair everything from cell phones to cars to clothing. Repairing an object takes us out of the condition of passive consumers, making us enter that of active consumers”. 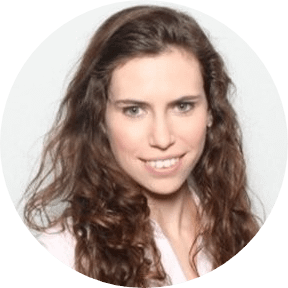 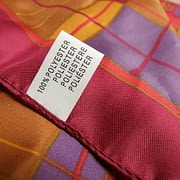 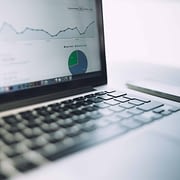 Microplastics and the fashion sector: possible solutions
Scroll to top

These cookies are strictly necessary to provide you with services available through our website and to use some of its features.

Because these cookies are strictly necessary to deliver the website, you cannot refuse them without impacting how our site functions. You can block or delete them by changing your browser settings and force blocking all cookies on this website.

Facebook and Instagram widgets have a "data protection" mode that allows you not to upload your javascript, unless the user interacts with it.